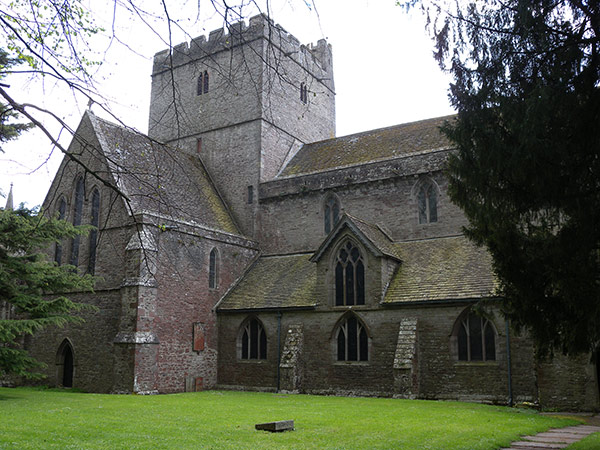 Brecon Cathedral started life in 1093 as the Benedictine Priory of St John the Evangelist, built by the Normans on the site of an earlier Celtic church. At the dissolution of the monasteries in 1537 it became Brecon’s Parish Church. It became a Cathedral only in 1923, on the establishment of the Diocese of Swansea and Brecon.

The Cathedral is at the heart of a Diocese which stretches from Beguildy in the North to the Gower Peninsula in the South, including the City of Swansea and most of the Brecon Beacons National Park.

Your ticket for the: Reading, Writing and Collecting: Books and Manuscripts in Wales, 1450-1850

Reading, Writing and Collecting: Books and Manuscripts in Wales, 1450-1850