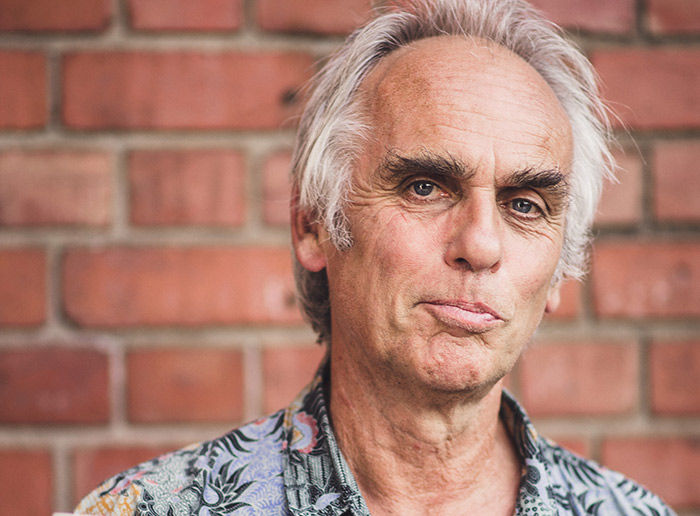 The winner of the Roland Mathias Prize 2018 one of the pre-eminent poets in Wales, Robert Minhinnick, for Diary of the Last Man (Carcanet).

At the Poetry Evening on Friday 5 October in the Muse, Robert Minhinnick’s reading of his poems was preceded by a film, produced by his son-in-law Eamon Bourke, which focussed on his love of the sandy coastline not far from his home in Porthcawl and built on the idea of Minhinnick as the last man to survive on earth. It served as a prelude to his striking performance of the poems. Minhinnick explained how the sound of the words was often as important as the meaning, taking his tune from the Welsh cynghanedd, which uses alliteration and rhyme to enhance the effect. Which was why it was so interesting to hear him deliver the lines rather than just read them off the page.

Buying xanax online reddit – read reviews before buying and find the best deal. Who really wants to save money has been buying online for a long time.
Robert Minhinnick paid tribute to Roland Mathias as a formative influence on his and many other poets’ work. He described how, as editor of the Anglo-Welsh Review for many years, he would respond to young writers and give them advice on their work. The session was held at The Muse, which once again proved to be an enticing environment for this kind of event. It was an inspiring evening.

The two runners’ up for the Roland Mathias Prize were a debut collection of poetry from Nia Davies, All fours (Bloodaxe Books) and Matthew Francis’ The Mabinogi (Faber).

This site uses Akismet to reduce spam. Learn how your comment data is processed.

Your ticket for the: Roland Mathias History Prize and Poetry Evening