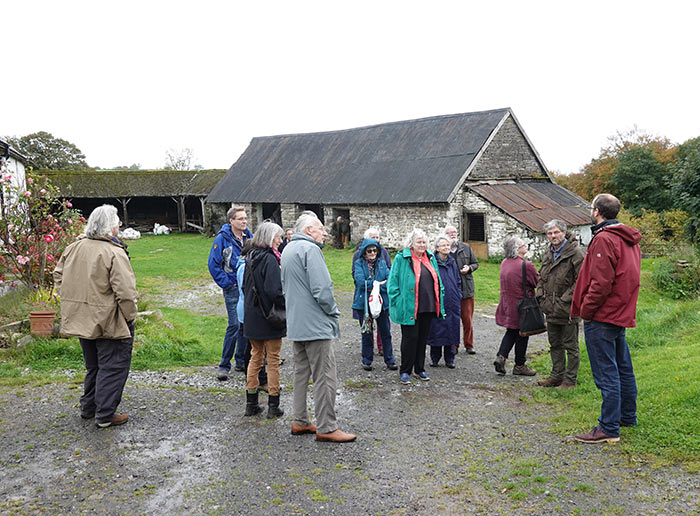 During 2018, two visits were arranged. On Saturday 13 October, despite widespread flooding caused by storm Callum, about 20 members had a fascinating visit to Trebarried, near Llandefalle. This is a fine mid-seventeenth-century house, but one that suffered dilapidation and depredation before the present owners, Kenny and Helen Campbell, took over and began to cherish it. In the afternoon, we were given a memorable tour of a nearby longhouse, Cefn Machllys, sensitively restored by its owner Sam Hale (Fig. 5).

Online pharmacy low prices is our main principle. We make shopping convenient and profitable for you every day.
In November, at quite short notice, 12 members were invited by the owners, Annie and John, to visit the remarkable Hafod-y-Garreg, near Erwood. This has been described as the oldest house in Wales as it has a remarkable cusped cruck-truss, which has been dated to 1402.

This site uses Akismet to reduce spam. Learn how your comment data is processed.

Your ticket for the: Buildings of Breconshire Group Visits