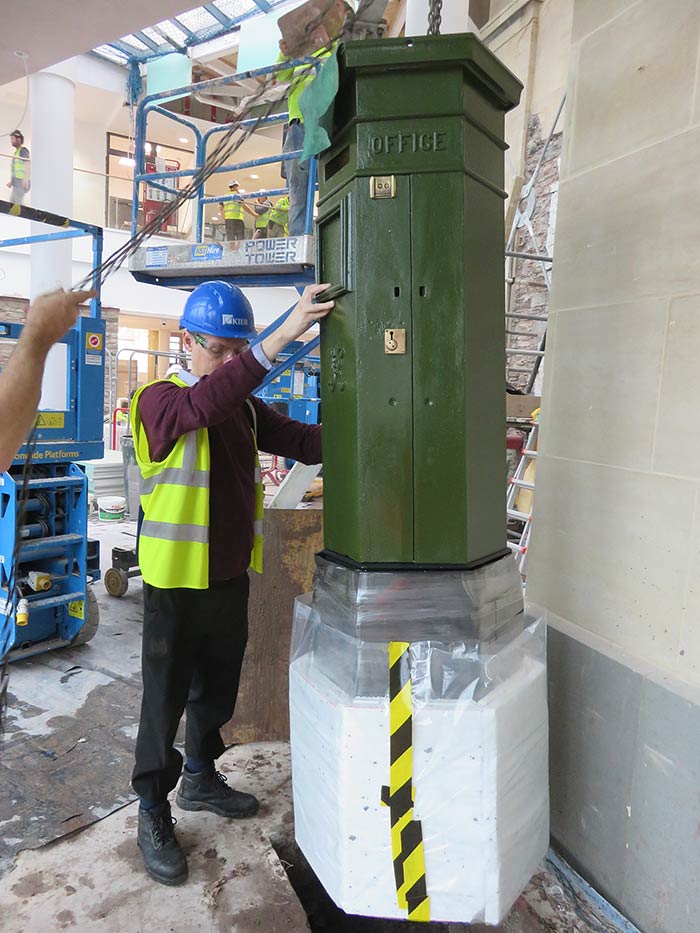 In late 2017, the Brecknock Society and Museum Friends (BS&MF), working in conjunction with Museum & Art Gallery Curator Nigel Blackamore and other Powys County Council (PCC) officers, put in an application to the Garfield Weston Foundation. This was for funds for the purchase of computer hardware and software to enable interactive ‘tablet-based’ terminals to be located in the Museum & Art Gallery. It was integral to this application that the task of assembling the interpretative material to be placed on these terminals would be carried out by a special group of volunteers working under the guidance of a small team set up by the BS&MF.

In January 2018, we were delighted to learn that the BS&MF had been granted £50,000 by the Garfield Weston Foundation, and thereby to know that the work necessary to draw together information on the key exhibits and themes of the Brecknock Museum & Art Gallery could proceed. Through the following months, contacts were established with potential volunteer researchers across Breconshire, and training courses held on ways of conducting the necessary investigations. On 30 November, the BS&MF held a very successful evening meeting at the Muse entitled ‘The Interpretation of the Brecknock Museum’s Collections: how the stories are being told’. Several examples of in-depth investigations were described, such as that by William Gibbs on the portrait of Dr K. D. Pringle. In other instances, requests for help regarding ideas for interpretation were aired.

The Port Talbot firm, Blackbox-av, is designing and producing the computer terminals and associated software. They are established specialists in audio-visual interpretation for museums and we are confident that the equipment will be robust and effective. This development has involved close cooperation between PCC and ourselves over the way in which the information will be presented. It is evident that the whole operation is, in many ways, a ‘trail-blazing’ venture!

Your ticket for the: Brecknock Museum Interpretation Project Underway